On APEX LOV’s and how to define their queries

Defining an LOV for a select-list in Oracle APEX is quite easy. The signature for such a query is simple:

How difficult can it be?

So, what options do we have when defining the select-list:

I really like the option to store all my LOV definitions centralized, using the Shared Components. Within the Shared components, again I have the option for dynamic or static LOV-definitions. The dynamic option however does only allow me to enter a query, not a “function returning query”.

Storing my LOV-queries within APEX does not allow me to centrally manage my code. In smaller applications, where I use application-exports this is not a problem whatsoever, however I tend to work in bigger projects where we store each individual APEX component separately and use GIT and Jenkins to roll-out specific versions of the software.

Static Values are great for smaller lists that do not change. But do they really not change? Do we store Yes/No values as Y/N or might we decide in the future to switch to T/F.

Finally an option I can manage. I can sore my queries within a package and refer to that packaged function from within APEX. The package on its turn neatly lands in our GIT repository so we can version it and roll it out within our DTAP (Dev, Test, Acc, Prod) environment.

On top of that I can use parameters in those functions to further refine the returned query, win-win situation.

We tend to use the PL/SQL function returning query to increase the managability of our software. It however has one major disadvantage (as with all options described until now):

The query is stored as text and will not be compiled, nor will it use any performace boost from Oracle’s SQL engine when thinking about bind-variables etc. When changing anything in the underlying tables, Oracle cannot warn me about dependencies. I have to find this out at runtime, or by doing a search for a specific word within my code.

That does not sound the way to go.

I want to store my queries in the database, so I can make use of the dependencies and therefore added a feature request, have you voted?

But there is a very good workaround: pipelined functions:

Back in 2013 Denes Kubicek wrote about a problem when he had quite a big query: “Select List with Dynamic LOV and ORA-06502: PL/SQL: numeric or value error: character string buffer too small“. There seems to be (or at least seemed to be at that time) a 4000 character limit on what the LOV could manage.

I now suggest to use the pipelined function straight in APEX, without the use of any collections, which over-complicate things in my opinion.

Within APEX I can use shared components or I store the query straight into the LOV like such:

And the body that belongs to that:

I could withdraw my feature request 🙂 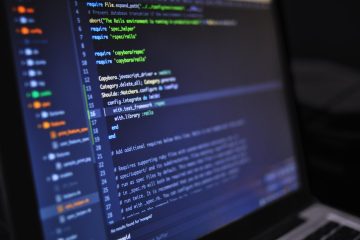 A good example of PLSQL-OO

I am a PL/SQL nerd. I love the language and what you can do with it. I consider myself a PL/SQL programmer first and only secondarily an APEX developer. For quite some time now I Read more…

My contribution to this years contribution to #JoelKallmanDay Recently I created a data-load within APEX to load about 3500 lines of excel-sheet into a temporary table. I created the table for receiving the data using Read more…

In my personal blog, I have created an digest authenticated API use nodejs. Only thing it does is to authenticate with digest and output a json string when you are authenticated. I made it so Read more…

This website uses cookies to improve your experience. We'll assume you're ok with this, but you can opt-out if you wish.

This website uses cookies to improve your experience while you navigate through the website. Out of these, the cookies that are categorized as necessary are stored on your browser as they are essential for the working of basic functionalities of the website. We also use third-party cookies that help us analyze and understand how you use this website. These cookies will be stored in your browser only with your consent. You also have the option to opt-out of these cookies. But opting out of some of these cookies may affect your browsing experience.
Necessary Always Enabled
Necessary cookies are absolutely essential for the website to function properly. This category only includes cookies that ensures basic functionalities and security features of the website. These cookies do not store any personal information.
Non-necessary
Any cookies that may not be particularly necessary for the website to function and is used specifically to collect user personal data via analytics, ads, other embedded contents are termed as non-necessary cookies. It is mandatory to procure user consent prior to running these cookies on your website.
SAVE & ACCEPT
This website uses cookies to improve your experience. We'll assume you accept this policy as long as you are using this websiteAcceptView Policy